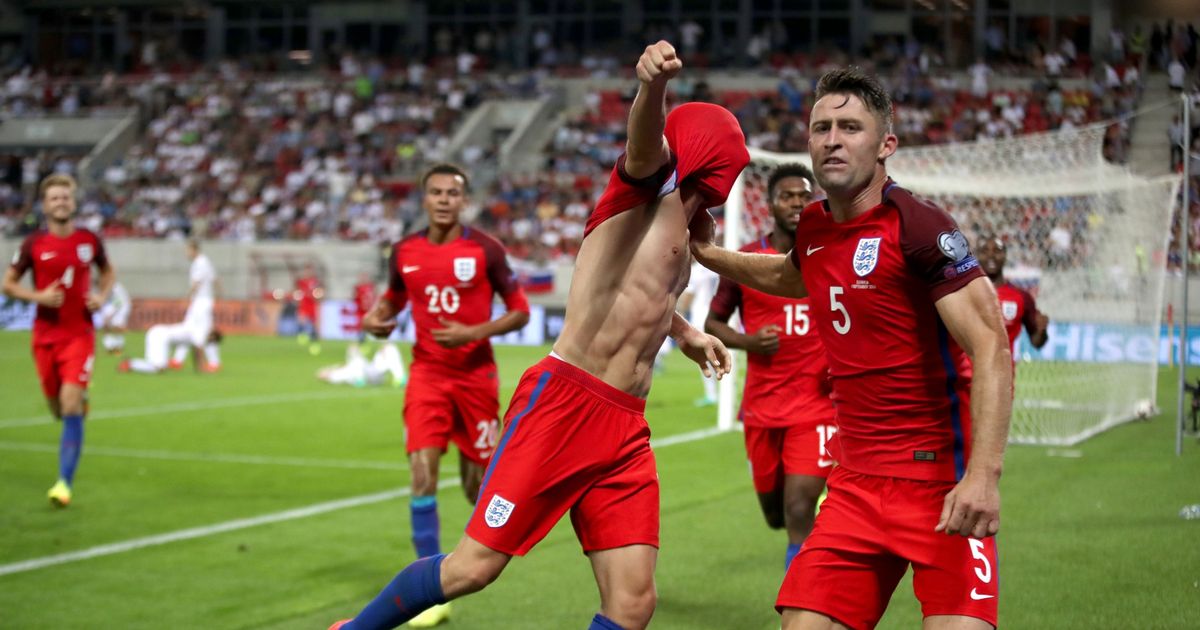 England escaped a repeat of their 0-0 draw during the Euros, as Adam Lallana finally scored his first international goal with the last kick of the game. Former Liverpool defender Martin Škrtel was rightly sent off for persistent fouling. Sam Allardyce added to the long list of consecutive England managers to have won their first game in charge.

New manager Sam Allardyce caused a bit of a stir with his line-up for England’s first World Cup qualifier, away to Slovakia. Eight of the players who were humbled by Iceland retained their places in the starting eleven. Joe Hart, yet to play a single league match this season for Manchester City or Torino, was also kept.

After what was a drab start between the two Euro 2016 second-rounders, Harry Kane and Martin Škrtel’s contest for the ball led to the latter receiving a yellow card for elbowing his opponent in the face. Not long after this, a forward header by Slovakian right-back Peter Pekarík caused all sorts of problems for Danny Rose of England. Rose lost possession cheaply, and left striker Michal Ďuriš. The forward crossed low, and all that the onrushing Dušan Švento had to do was slide in to convert. Luckily for the away side, he could not make any sort of contact with the ball, and it stayed at 0-0.

An Adam Lallana pass fell kindly for Raheem Sterling – after two Slovakian defenders had got in each other’s way – but the Manchester City man fired just wide. The half-time whistle blew from the mouth of Serbia official Milorad Mažić, it was 0-0 in Trnava.

A man of Martin Škrtel’s vast experience should know when enough is enough, but the defender kept committing unnecessary fouls, and sooner or later it was inevitable that he would receive his marching orders. He could easily have been dismissed two or three times in the first half, but after flooring Harry Kane again, and then despicably stamping upon his leg, he left the referee with no other option. On fifty-seven minutes, Slovakia were reduced to ten men; their captain was left walking down the tunnel.

Dele Alli and Theo Walcott came on for the Three Lions, who were clearly still trying to win the match, with half-an-hour left. Captain Wayne Rooney, slated after the game for playing “deeper than the defenders”, found Adam Lallana with a cute, disguised pass. The Liverpool man coolly shrugged off his marker, before unleashing a piledriver of a shot. Goalkeeper Matúš Kozáčik was well beaten, but the woodwork was not. The ball crashed out off of the post, and straight into the path of substitute Walcott. The Arsenal man’s volley was a “total miscue”, and the danger was eventually cleared. For all of England’s chances, there were no goals to show.

England’s moment of utter frustration was next. Minutes after another Adam Lallana strike went wide of the goal, Theo Walcott had the ball in the net at last. But it was cancelled out. The referee and linesman agreed that Walcott was offside, as the ball had clipped another substitute, Daniel Sturridge, on the way through Replays showed that the ball had in fact reached Walcott via a Slovakian foot, so England had been robbed, and the clock read the ninetieth minute. The goalkeeper understandably time-wasted with every chance he got after this, and the referee had no choice but to add on a further minute to the four that he had already allocated for stoppage-time.

Danny Rose ran down the left wing one last time. It could not possibly be anything other than England’s last chance. Rose beat two men as he raced down the by-line. He then pulled back to an unmarked Adam Lallana. The Liverpool man shifted the ball clear of two close-quartered Slovakian players, before unleashing a desperate shot at goal. It was right Kozáčik but it did not matter. The goalkeeper fell to his knees, as he watched the ball run through his legs and roll into the net. All of the Slovakian players fell to their knees as well. All of their hard work had gone to waste. Adam Lallana led the celebrations. England’s players ran behind the goal to meet their two-thousand travelling fans. Mažić blew his whistle for full-time. England, under new boss Sam Allardyce, had won their supposed ‘toughest qualifying match’, 1-0, on Matchday 1.