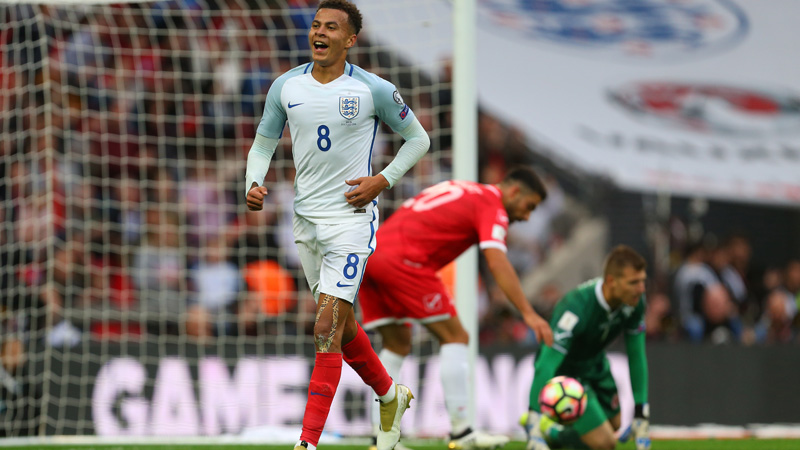 After Sam Allardyce became the shortest serving England manager, Gareth Southgate’s tenure as the national team’s interim manager began with victory at Wembley. The Three Lions cruised past Malta in a more overwhelming fashion than the full-time score may have suggested.

Just over a week after Sam Allardyce’s comments saw him leave his position after just one game and sixty-seven days in charge, Gareth Southgate led England out as their third manager of the year. Having called up defender Michael Keane for the first time, he handed Jesse Lingard his international winger, as he started on the left wing. Ryan Bertrand, John Stones, Theo Walcott and Daniel Sturridge all started in what was a new 4-5-1 formation for England.

Over eighty-one thousand people were at Wembley, to see the Three Lions’ first home game since they crashed out of Euro 2016 against minnows Iceland. They faced Malta, still minnows, but considerably worse than England’s summer conquerors. As England started at a rapid pace it soon became clear that the Maltese players would clearly not last ninety-minutes if they continued to chase the ball so intensely. The ball fell kindly for Rooney just outside the box. The captain unleashed a powerful side-footed shot that the goalkeeper Andrew Hogg parried away from danger excellently. It was not long after this that a Jordan Henderson cross sat up perfectly for Tottenham’s Dele Alli. The midfielder rose well, but his header was battered away well by Hogg, with Sturridge unable to net the rebound from a tight angle. England were ramping up the pressure, when Ryan Bertrand’s hamstring gave way, and Danny Rose – being rested for the trip to Ljubljana in a few days’ time – was called into action as a substitute. An almost carbon copy of Alli’s chance came soon after the substitution. Again, Henderson crossed superbly, but this time it was sole striker Sturridge who attacked it. But this time the player looped the ball into the corner of the net from a decent way out of goal too. The player turned and acknowledged the crowd. On half an hour, England, maybe belatedly, had the lead.

England began their second period of utter first-half dominance. Daniel Sturridge played a beautifully weighted, beautifully disguised pass into the onrushing Lingard. The Manchester United man headed downwards, but more Hogg acrobatics saved Malta from further damage. Minutes later, Henderson found Sturridge unmarked on the edge of the area. He weaved his way through two Malta men, before Henderson took the ball off him and on an inspired run into the box. His little dink into Alli was not tracked by the defence. This allowed Alli to shoot. Andrew Hogg saved, but could not hold on. Dele Alli leapt onto the rebound and prodded the ball into the roof of the net from eight yards. At half-time, the scoreline was 2-0 to England at Wembley.

Wayne Rooney was presented with the first chance after the break. A slow start from England had, at least, brought a free-kick for the home side in a decent position. Rooney used the fact that the ball was at an angle from goal as an excuse to disguise a shot. What the defenced thought would be a cross, instead came flying towards Andrew Hogg, who tipped the ball over well again. Then a scrumptious England counter saw Walcott come close. Alli’s delightful back heal set Lingard free in acres of space. He disguised a pass for the onside Walcott, but the Arsenal man was denied by a strong hand from the excellent Andrew Hogg. Malta’s only real chance of the night followed. A Malta free-kick saw defender Andrei Agius free to shoot. His volley was well tracked and saved by

Joe Hart – finding some form at Italian loan side Torino. Marcus Rashford, and Jamie Vardy both came on, as England looked for their first second-half goal. Henderson released Rashford in loads of room. His cross looked perfect for Alli, but the Tottenham man blazed the ball over from very close in. The final ten minutes saw both sides simply run the clock down. It ended 2-0 to England at Wembley. Two is not many, but given the FA’s issues in recent weeks, two proved just fine on the night. Gareth Southgate has not ruled out the possibility of adding to his squad before their tie in Slovenia on Tuesday night.